You Are Here:Frontline Chatter / Archive by category "Liquidware Labs"

oday Liquidware kicked off the “Pre Citrix Synergy” announcements in style with their latest release of ProfileUnity v6.7.6 including an industry first, Cloud User Profile technology.

With their latest release, their profile solution now has the ability to store user profile settings and details directly to Amazon, Google and Microsoft Azure platforms. This will allow organisations to  store and retrieve users data from local or cloud based user workspaces directly from their cloud profile of choice, without relying on SMB / CIFS syncronisation between local and remote.

With this feature, they’re making DaaS / hosted applications a first class citizen for user profiles, rather than an afterthought by many vendors in the DaaS space today.

Further, Liquidware have also added the ability to sync data out to the cloud storage platform of choice of users, too. Allowing specific folders to be automagically be sync’d to a number of providers such as Dropbox, Amazon WorkDocs and Google drive to name a few.

A big release from Liquidware, and we’re looking forward to seeing 6.7.6 in action soon!

you can read more here and here.

A catchup with Kevin Cooke, Product Director at Liquidware labs. 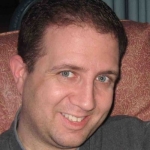 Liquidware labs have recently dropped a new version of Stratusphere, their monitoring and diagnostics technology and we had the pleasure to catch up with Kevin Cooke, Product director at Liquidware Labs to discuss all about this release.

On this podcast we had the pleasure to speak with Kevin about the following topics: 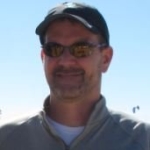 This Month in EUC – Episode 4.

And the opinionated four are back! We missed January due to Andrew’s manflu.

In this podcast, we run down the news and moves in the last two months and discuss them with the usual cynicism and sarcasm you’ve come to expect!

The podcast covers off the following topics:

END_OF_DOCUMENT_TOKEN_TO_BE_REPLACED 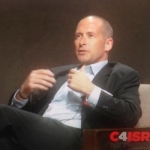 Back again and a great podcast for you full of energy and enthusiasm! Today we’re joined by the ever excited Tyler “T-Rex” Rohrer to talk all about Liquidware labs and what’s new from their camp.

If you’ve never met Tyler, he’s a character and a half! And on the podcast he’s in top form to tell us where he got started, how he got involved with Liquidware.

Another great podcast bursting with energy! Catch you guys very soon with some more Citrix goodness.