Citrix Workspace Cloud is go! Hear the latest from the A-team! 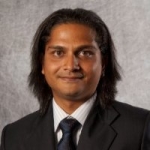 What a big day it is for Citrix! After months and months of development Citrix Workspace Cloud is here and we’ve got all the information you could possibly want!

Today on this special podcast, we’re joined by our friends Joe Vaccaro and Harsh Gupta to talk about workspace cloud, the vision, the execution and the launch details.

Jarian and I have been involved in the early Beta’s and we’re super excited for Joe, Harsh and Citrix as a whole on this momentous day.

On this topic we had the pleasure of talking about: 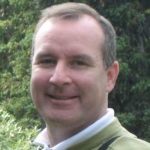 Welcome back to FrontLine chatter and today we’ve got David Wagner, Sr. Product Manager at Citrix Systems, Inc. Joining us to speak all about Citrix AppDisk and Citrix AppDNA.

David has a veteran career with Citrix, involved in products such as Metaframe for Unix, Conference Manager, Profile Manager and Many more. David is now primarily focused on the user experience side of Citrix and Joined us to shoot the breeze and answer many of our questions about the latest feature for the XenDesktop and XenApp suite announced at Citrix Synergy.

In today’s podcast we had the pleasure of talking with David about:

A chat with Patrick Rouse, Product Manager for Wyse vWorkspace

Jarian and I have been fans of vWorkspace for some time and were thrilled when Patrick Rouse, member of the product management team for Wyse vWorkspace at Dell, decided to entertain our nonsense and join us on a podcast! Patrick has been in the Server Based Computing market for years, achieving CTP, MVP and now heads up Product management for the vWorkspace product in Dell Wyse.

This was a really fun podcast, we had our usual agenda rounded off at a tidy 30 minute mark, but enjoyed ourselves so much, the time flew by and we ended up with a 50 minute conversation full of fun and intrigue.

We recorded this podcast just before Citrix Synergy, on this podcast we had the utmost pleasure to talk to Patrick about the following: 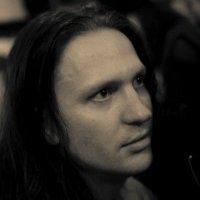 Welcome back to FrontLine Chatter, we’re coming to you from Citrix Synergy in Orlando and we had the rare luxury of recording an in person podcast with the one and only Jim Moyle.

Jarian and Andrew are great friends with Jim, having the ability to sit down with Jim was too good to pass up. In this episode Jim, Jarian and Andrew have a beer together and talk all about Jim, Atlantis and the conference so far.

Specifically, on this episode we discuss:

Welcome back to the Frontline Chatter podcast. Today we’re coming to your from Orlando, Florida the location of Citrix Synergy this year. Today on the show, Jarian and Andrew are joined by an illustrious panel of Citrix CTP’s:

On this podcast, we review the hype, buzz and content in the first keynote of Citrix Synergy 2015.

END_OF_DOCUMENT_TOKEN_TO_BE_REPLACED

Gunnar Berger, From Consultant to Gartner Analyst to CTO of Desktops and Applications at Citrix. 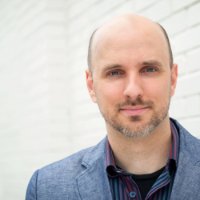 Welcome back to FrontLine Chatter Episode 6, returning is our good friend and all round nice guy Gunnar Berger talking about this move to CTO in Citrix. Where Gunnar came from and what excites him about the product roadmap for Citrix Apps and Desktops division in the immediate future and further.

This podcast is extremely timely with Citrix Synergy just around the corner, Gunnar drops tons of hints and tips towards the future and it’s a fascinating listen.

In this podcast, Jarian, Andrew and Gunnar discuss:

And the two images Gunnar refers to: 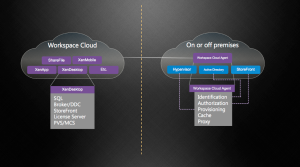 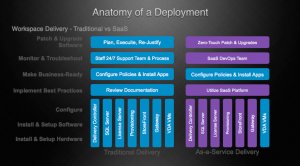 Guest Podcast: Gunnar Berger Talks Wyse, Dell, Citrix, the past and the future of thin client computing with Jeff McNaught 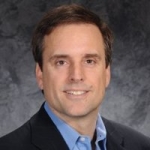 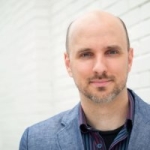 In the first of our guest podcast series, CTO of Apps and Desktops, Gunnar Berger shot a fascinating interview and history lesson with the Executive Director, Marketing and Chief Strategy Officer, Cloud Client-computing at Dell, Jeff McNaught on the History of Wyse, the rise  of Xenith and the future of thin client devices.

Although this was originally recorded as a video, it’s a great session for a podcast and we were only too happy to host it for Gunnar.  We found this interview to be a fascinating listen and hope you enjoy it as much as we did.

Enjoy and catch us next week for a fascinating session with Gunnar on his journey and the upcoming synergy.

elcome back to FrontLine Chatter. In episode three we took a small selection of the Citrix CTP class of 2015 to discuss the CTP program, the industry and everything in between.

Joining us this week, in no particular order is Esther Barthel, Barry Schiffer and Shane Kleinert for a round table discussion on the following topics:

Just a quick Reminder, the Citrix Administrators survey for XenApp and XenDesktop is still open, jump by and fill in the survey for the greater good!

Check back next week, where we have the great pleasure of talking to the one and only Harry Labana, VP of Products for VMware EUC.